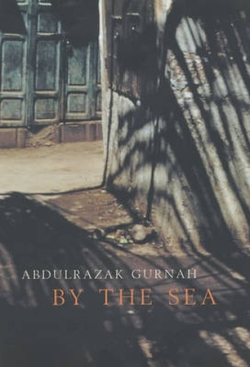 Dense, accomplished and sharply conceived, this novel by Anglo-African writer Gurnah (Paradise; Admiring Silence) tells the story of 65-year-old Saleh Omar, a merchant refugee from Zanzibar who applies for asylum in England. A present-day Sinbad, Omar is fleeing a land where the evil jinn are the larcenous rulers equipped with all the accoutrements of contemporary authoritarianismconcentration camps, rifles, kangaroo courts, etc. Upon arrival at Gatwick Airport, Omar presents an invalid visa, made out to his distant cousin and most hated enemy, Rajab Shaaban Mahmud. Advised not to demonstrate that he knows English, he puts on a charade of incomprehension for his caseworker, Rachel Howard, until uncomfortable circumstances force him to speak. In the meantime, Rachel contacts the English expert on Kiswahili, Latif Mahmud, who just happens to be the real Rajab Shaaban's son. Inevitably, the two men get together in a little seaside English town. Latif long ago cut off all relations with his Zanzibar family, having taken refuge in England in the '60s and gone on to become an English professor and poet, and a rather lonely single man. Saleh, he learns, has been pursued vindictively by Rajab and his wife, Asha, the mistress of a powerful minister. Due to recriminations over an inherited property, Saleh was eventually dispossessed of his house, arrested and imprisoned in various camps. Getting out, he starts over, only to be threatened by Latif's brother, Hassan.
100% Pago seguro | 3 a 5 días
Con esta compra obtienes 50 páginas MundoCervantes
EAN: 9780747557067
Editado por: Bloomsbury Publishing
Materia: Lecturas en inglés
Publicado el: 7 Octubre 2021
Nº Edición: 1
Nº páginas: 0
Encuadernación:
Valoración de los lectores: