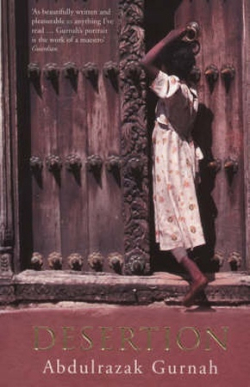 CLICK&COLLECT
Against the backdrop of colonial Africa, Booker-nominated Gurnah crafts a dense, decade-straddling story of cross-cultural love and its repercussions in his seventh novel, which begins in Zanzibar in 1899. After Somali guides abandon him in the desert, English orientalist Martin Pearce is rescued and cared for by Indian Muslims, Hassalani and his sister, Rehana, until a government official finds him. Martin is a sympathetic hero, somehow more enlightened than the European colonialists, for whom racism is endemic. When he returns to thank Hassalani for sheltering him, he falls for the beautiful Rehana, and they begin a transgressive affair. The narrative then leaps forward to the late 1950s (just before Zanzibar's independence from colonial rule) to follow the lives of two brothers: Rashid, who will go to London on scholarship, and Amin, who embarks on a passionate, forbidden affair with Jamila, the sophisticated, divorced granddaughter of Rehana and Martin. Though the shift in time between Part I and II diffuses this richly textured novel's momentum, the author's luminous prose makes it easy to forgive the disjointedness as he explores Africa's emergence from European rule and the continuing fallout from Rehana and Martin's near-unthinkable union.
100% Pago seguro | 3 a 5 días
Con esta compra obtienes 20 páginas MundoCervantes
EAN: 9780747578956
Editado por: Bloomsbury Publishing
Materia: Lecturas en inglés
Publicado el: 1 Septiembre 2006
Nº Edición: 1
Nº páginas: 272
Encuadernación: Rústica
Valoración de los lectores: