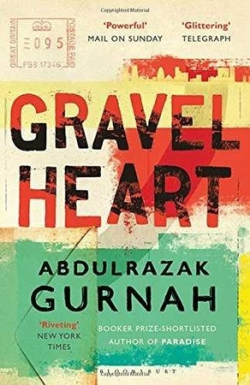 CLICK&COLLECT
Not until over a hundred pages into this novel does Salim, the narrator whose life we follow and whose thoughts we inhabit, say out loud to anyone in his adopted country where he's from: Zanzibar, a small island off the east coast of Africa. The conversation in which this information is revealed takes place in Brighton, England, where Salim has moved after three years in London in order to start over. First brought to England after high school by his wealthy ambassador uncle, Salim floundered in business school and so resolved to make the life he wanted, studying literature and living alone even though it meant supporting himself. The first third of the novel reflects the almost entirely interior world of Salim's upbringing in a tiny house in Zanzibar, carefully observing the adults around him. An observant and dutiful child, Salim is bewildered when his father leaves home and becomes a shadow of his former self, living across town. At age 11, Salim begins bringing his father a basket lunch every day, like taking food to a prisoner. Once Salim is in his 30s, the events behind his father's leaving and his mother's continued dedication to her husband become clear, the result of a corrupt government official and impossible choices no one should have had to make.
100% Pago seguro | 3 a 5 días
Con esta compra obtienes 50 páginas MundoCervantes