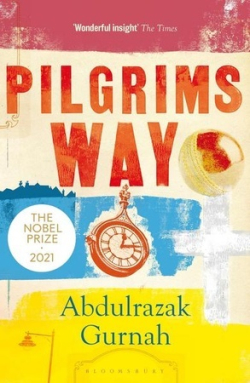 A "wonderful" (Maaza Mengiste) depiction of the life of an immigrant as he struggles to come to terms with the horror of his past and the meaning of his life in England.

Daud has immigrated to England in the wake of political turmoil in his native Tanzania. For years, he has tried to hide his past. But when he meets Catherine, he is determined to recount for her the stories of his tragic upbringing, his flight to England, and the racism in his new homeland.

Structured as a pilgrimage, one which leads Daud deep into the pain and beauty of the past and forward into a new understanding of his life in exile, Pilgrims Way is a captivating, lyrical story about identity, memory, and immigration.

Exile has given Gurnah a perspective on the "balance between things" that is astonishing, superb Observer
100% Pago seguro | 3 a 5 días
Con esta compra obtienes 20 páginas MundoCervantes