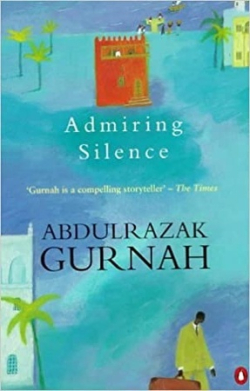 This tightly focused story of an unnamed Zanzibarian expatriate who returns home after a 20-year exile in England poignantly evokes the cultural limbo of many emigres. For his lover, anti-bourgeoisie rebel Ph.D. candidate Emma, and her upper-middle-class parents, the narrator plays the role of grateful colonial, fabricating memories rich with mythical glories of the Empire. Likewise, his correspondence with his family in Zanzibar carefully omits any reference to his long relationship with Emma, or to their 17-year-old daughter, Amelia. At 42, he is estranged from Emma and his daughter, abhors his teaching job and has a dicey heart. When he receives a letter from his mother telling him that amnesty has been declared for those who left the country illegally, as he did, and urging him to return, he does--and finds himself caught between his sketchy actual memories and his elaborate fabrications. Pressured to accept a relatively prestigious government-sponsored job, and to marry a young medical student, he reveals his situation with Emma and Amelia. His admission hurts his family and dishonors them socially. Upon his return to England, he finds he has lost Emma to another lover. The novel's strength lies in the unflinching psychological honesty of the chronically dishonest narrator as he comes to understand that his abandonment of his family of origin and his estrangement from his created family are part and parcel of his emotional exile.
100% Pago seguro | 3 a 5 días
Con esta compra obtienes 5 páginas MundoCervantes
EAN: 9781565843493
Editado por: Penguin Books
Materia: Lecturas en inglés
Publicado el: 7 Octubre 1997
Nº Edición: 1
Nº páginas: 0
Encuadernación:
Valoración de los lectores: