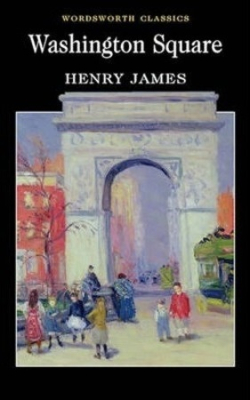 CLICK&COLLECT
Dr Sloper is disappointed in his dull daughter, Catherine, a mediocre replacement for his beautiful and intelligent wife who died soon after childbirth. Yet, as Sloper threatens, beguiles and dictates to his daughter, he discovers in Catherine a pale reflection of his own obdurate character.Introduction and Notes by Ian F.A. Bell, Professor of English Literature, University of Keele.
Washington Square marks the culmination of James's apprentice period as a novelist. With sharply focused attention upon just four principal characters, James provides an acute analysis of middle-class manners and behaviour in the New York of the 1870's, a period of great change in the life of the city. This change is explored through the device of setting the novel's action during the 1840s, similarly a period of considerable turbulence as the United States experienced the onset of rapid commercial and industrial expansion.
Through the relationships between Austin Sloper, a celebrated physician, and his sister Lavinia Penniman, his daughter Catherine, and Catherine's suitor, Morris Townsend, James observes the contemporary scene as a site of competing styles and performances where authentic expression cannot be articulated or is subject to suppression.
100% Pago seguro | 3 a 5 días
Con esta compra obtienes 5 páginas MundoCervantes