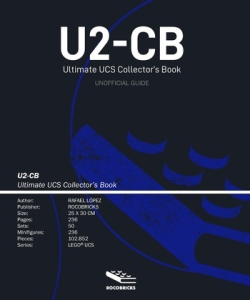 CLICK&COLLECT
In 1998, The LEGO Group and Lucasfilm signed the first Star Wars licensing agreement, and two years later the first LEGO Star Wars UCS series sets were released.
In subsequent years, as the film saga expanded and Star Wars became a multigenerational phenomenon, new sets were added to the UCS series, until becoming one of the main icons of the LEGO brand that it is today.
Twenty years later, it is time for us to look back, some with nostalgia and others for the first time, at the vast array of UCS sets released by The LEGO Company.
This book is a galactic study on the UCS LEGO series.
Open it and enjoy.
100% Pago seguro | 3 a 5 días
Con esta compra obtienes 120 páginas MundoCervantes