Syria in Perspective "From externally aggravated crisis to national reconstruction" 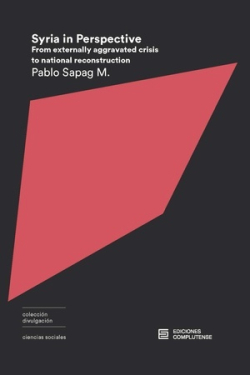 This book is about the Syrian crisis, both its internal causes and the part played by regional and global powers. At the heart of this analysis is a key element of Syrian society: its ingrained interconfessional character deriving from the historical presence on its soil of various religious faiths. Powerful minorities have, however, repeatedly applied political and military pressure to force the state to abandon its non-religious and non-discriminatory character. The authors review of scholarly texts is combined with research in Syria and other countries. He has conducted interviews with religious leaders, NGO personnel, combatants, displaced people and other victims. Among those interviewed is the Syrian President, Bashar al-Assad, who offers his perspective on the crisis and on the countrys past and future.
100% Pago seguro | 3 a 5 días
Con esta compra obtienes 20 páginas MundoCervantes
EAN: 9788466937078
Editado por: Complutense Ediciones
Materia: Ciencias políticas
Publicado el: 1 Noviembre 2020
Nº Edición: 1
Nº páginas: 316
Encuadernación: Rústica
Valoración de los lectores: