Frankenstein "or the modern prometheus" 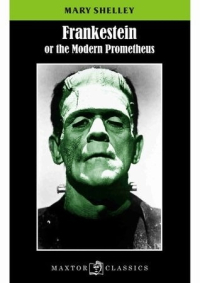 AÑADELO A TUS LIBROS FAVORITOS
Con esta compra obtienes 5 páginas MundoCervantes
I am by birth a Genevese, and my family is one of the most distinguished of that republic. My ancestors had been for many years counsellors and syndics, and my father had filled several public situations with honour and reputation...

Frankenstein or, The Modern Prometheus is a novel written by the English author Mary Wollstonecraft Shelley about the young science student Victor Frankenstein, who creates a grotesque but sentient creature in an unorthodox scientific experiment. Shelley started writing the story when she was eighteen, and the novel was published when she was twenty. The first edition was published anonymously in London in 1818. Shelley s name appears on the second edition, published in France in 1823.

Frankenstein is infused with elements of the Gothic novel and the Romantic movement, and is also considered to be one of the earliest examples of science fiction.

Since the novel s publication, the name "Frankenstein" has often been used to refer to the monster itself.